Melvin Edmonds born in 1954 was a founding member of the Indianapolis R&B group After 7 and older brother of Kenny “Babyface” Edmonds.

Melvin was born in 1954. However, details of the exact date and month of birth are still a mystery. We will be sure to keep you updated if the information on his date of birth arises. He was 65 years old at the time of his death on 18th May 2019.

He was the son of the late Marvin Edmonds Sr. and Barbara Edmonds. Melvin was the second oldest of six sons: Marvin Jr., Melvin, Michael, Kevon, Kenny, and Derek. Marvin Sr. died in 1972, followed by Marvin Jr. in 2011 and Barbara in 2012.

The Edmonds, led by the success of Babyface, an 11-time Grammy Award winner, has been described as Indiana’s most prominent musical family since the Jackson 5.

Melvin was a very private person when it came to her love life. He has never disclosed details about his wife to the public. We will be sure to keep you updated if the information on his wife arises.

The late singer is survived by his four children: Melvin, Jason, Chris, and Courtney. Nothing much is known about his children other than their names. 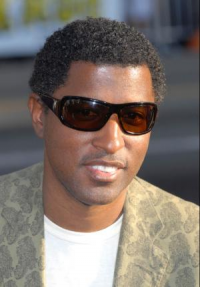 The roots of After 7 trace its origin to when Kevon met Arlington High School alum Keith Mitchell on the Bloomington campus of Indiana University, where they were members of the IU Soul Revue.

Kevon worked at Eli Lilly and Co., Mitchell worked at John Hancock in Chicago and Melvin worked at Chrysler Corp. in Indianapolis before After 7 signed a recording contract with Virgin Records.

The R&B group was nominated for a Grammy in the category of Best R&B Performance by a duo or group for the 1990 single “Can’t Stop.” They also won an NAACP Image Award for best new male artists or groups that same year.

Following the release of the group’s third album, “Reflections,” in 1995, Melvin exited the lineup of After 7. When the group re-emerged as a touring entity following Kevon’s solo debut, 1999’s “24/7,” his son, Jason, joined Kevon Edmonds and Mitchell in After 7.

In 2011, Melvin suffered a stroke that prevented him from re-joining a revamped version of After 7 with Kevon and son Jason.

Melvin passed away on Saturday, May 18, 2019, after a brief illness. He was only 65 at the time of his death. His death was confirmed by his son, who is also named Melvin.

Edmonds’ cause of death has not revealed yet. We will keep you updated if any information on the cause of his death arises.