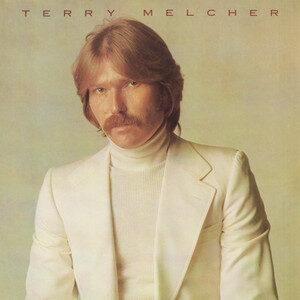 Particularly this was during the nascent counterculture era. His best-known contributions were producing the Byrds’ first two albums, Mr. Tambourine Man in 1965 and Turn! Turn! Turn! in 1965. Melcher later produced several singles for the Beach Boys in the 1980s and the 1990s, including “Kokomo” (1988), which topped U.S. record charts.

He played on the Beach Boys classic “Pet Sounds,” and later co-wrote the 1988 hit “Kokomo” with the group, a track that was used in the movie Cocktail and subsequently earned a Golden Globe nomination.

Terry Melcher was born on 8 February 1942 as Terrence Paul Jorden in New York USA. However, Melcher died on November 19, 2004, at the age of 62 years old. He was Doris Day, the actress singer’s only son. Though his father was Al Jorden and the first husband to his mother Day. Later, Day’s third husband Martin Melcher adopted Melcher.

Terry Melcher died at his home of malignant melanoma on November 19, 2004, after a long illness. He died at 62 years and his wife Terese, son Ryan and his mother Doris Day survived him.

Did Terry Have A Child/Children. 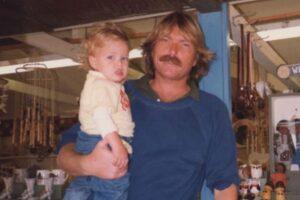 Melcher had a son with his second wife Jacqueline Carlin.Ryan Jordan Melcher was born on May 1st 1983.Later Melcher and Jacqueline divorced in 1997.Ryan was the only son that the couple had. Currently Ryan is a Real Estate Professionalin Carmel California US. 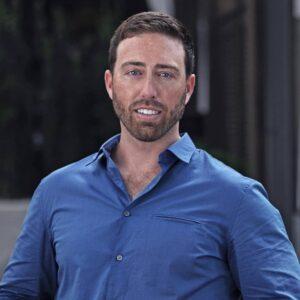 Melcher had a two-year relationship with actress Candice  Bergen in her 20s. They resided at his Beverly Hills house on Cielo Drive until Melcher suddenly announced they were moving to Malibu. In August 1969,  their former love nest became a murder scene.

This occurred when followers of a cult leader, Charles Manson, butchered the new resident, Sharon Tate, and four of her friends. She was the wife of director Roman Polanski. Therefore, it became known that the murders may have been a message to Melcher, who’d reneged on a record deal with Manson. So,  Bergen and Melcher separated soon after. 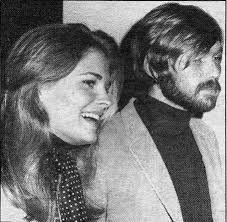 Terry with his Ex-wife Candice.

“Everybody speculated that Manson sent his minions up there to get rid of Terry because he was angry about not getting a record deal. But Terry and I talked about it later and Terry said Manson knew he had moved because Manson or someone from his organization left a note on Terry’s porch in Malibu.” Mark Lindsay, Melcher former roommate, stated:

Furthermore, Dennis Wilson introduced Melcher to ex-con and aspiring Musician Charles  Manson in 1968, a member of the Beach Boys. Manson and his ‘family’ members Patricia Krenwinkel and Ella Jo Bailey had been living in Wilson’s house at 14400 Sunset Boulevard. Besides, Wilson expressed interest in Manson’s music and even recorded two of his songs with the Beach Boys.

For a time, Melcher was interested in recording Manson’s music too. Also, making a film about the family and their hippie commune existence. Manson met Melcher at 10050 Cielo Drive, Beverly Hills, California 90210, the home Melcher shared with his girlfriend, actress Candice Bergen, and with musician Mark Lindsay.

The division of Melcher and Manson

Manson auditioned for Melcher, but however, Melcher turned him down after witnessing him fight with a drunken man at Spahn Ranch. As a result, both Wilson and Melcher detached their ties with Manson, a move that angered Manson. Soon after splitting from Manson, Melcher and Bergen moved out of the Cielo Drive home.

Later on, Manson visited the house asking for Melcher but was turned away because Melcher had moved out. Although, some authors and law enforcement personnel theorized that Manson was targeting the Cielo Drive house as revenge for Melcher’s rejection.Again, that Manson was unaware that he and Bergen had moved out. After initial tracks were recorded, the Manson murders took place, prompting Melcher to go into seclusion, and the session was never completed.

When Manson was arrested, it was reported that he had sent his followers to the house to kill Melcher and Bergen. Accordingly, Manson family member Susan Atkins,  admitted her part in the murders, stating to police and before a grand jury that the house was chosen as the scene for the murders “to instill fear into Terry Melcher because Terry had given us his word on a few things and never came through with them”.

At the Time of Melcher’s death, he was married to Terese. The two got married in 1998. Years after his death Terese spoke to Closer magazine about her late husband. Also the close relationship he shared with his famous mother, saying “Terry did so much for Doris. He was a wonderful son, and she really relied on him. Moreover, he spoke with her every day, at least once a day if not more.”

Melcher was previously married to Melissa E. Brown from 1974 to 1977. Nevertheless, he was also married to Jacqueline Carlin, whom he divorced in 1997. 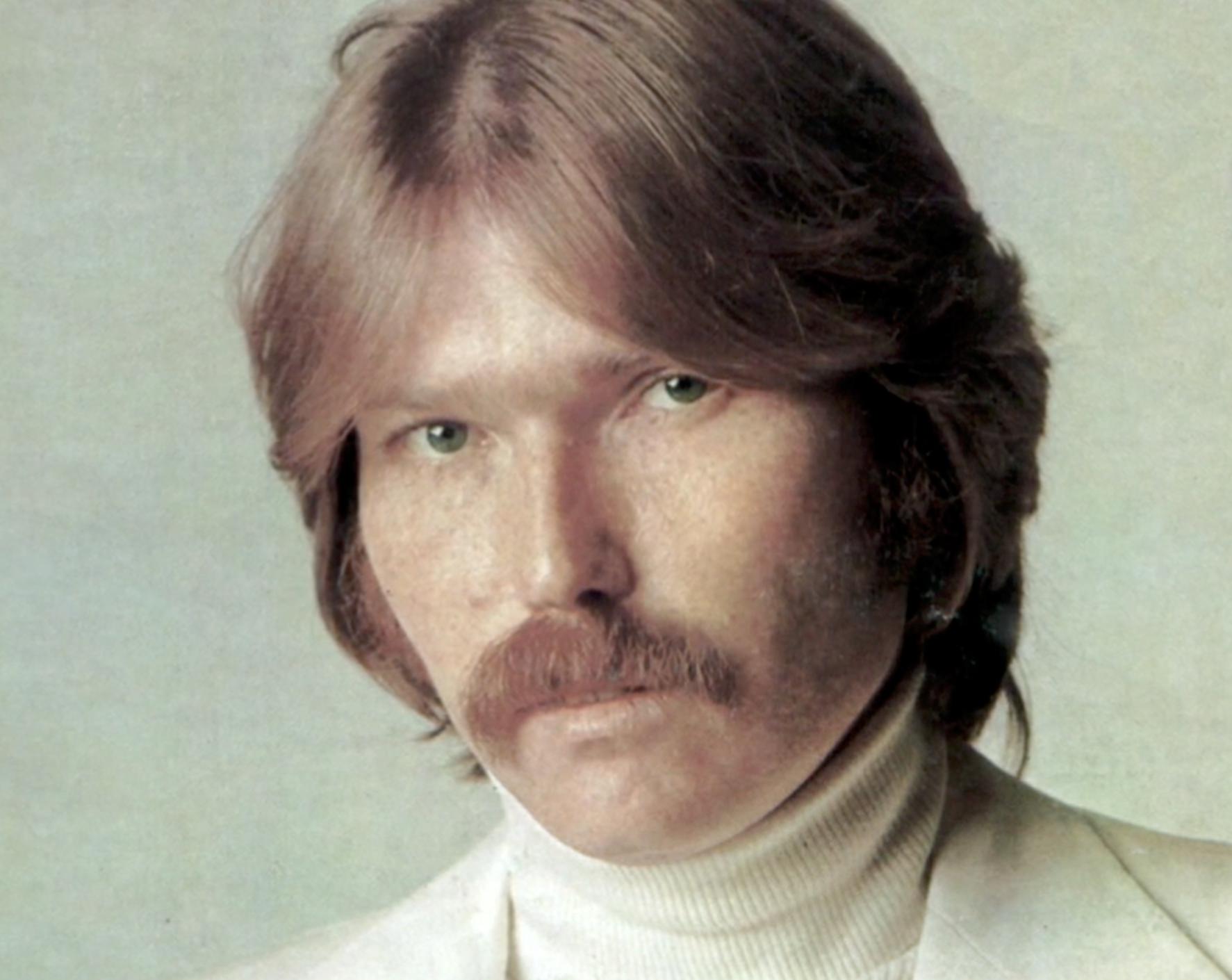 Melcher’s mother was Doris Day. She was an American actress, singer, and animal welfare activist. Doris began her career as a big band singer in 1939. In 1945 she achieved commercial success with two No. 1 recordings, “Sentimental Journey” and “My Dreams Are Getting Better All the Time” with Les Brown & His Band of Renown.

Melcher was the only child of the American actress and singer Doris Day. Doris gave birth to him when she was only eighteen years together with her first husband, Al Jorden. Day was married to  Al from March 1941 to February 1943. Later on, in 1951, Doris got married, Martin Melcher.

Doris Day died on May 13th 2019.She died of Pneumonia and her death was announced by her charity,the Doris Day Animal Foundation. Melcher’s father was Terrence Paul Jorden. Before his birth, his mother was planning on divorcing Jorden. When Jorden learned that Doris was pregnant he insisted on her getting an abortion but she kept the pregnancy. Shortly after giving birth Day filed for divorce. After the divorce Jorden visited his son infrequently and had little presence in his life.

Doris later married Martin Melcher, who was her manager and producer who became her third husband. He adopted Terry, giving the child his surname.

These Days
Arkansas
These Bars Have Made

Dr.Horowitz
I Made An Angel Cry
Beverly Hills